Deceased founder of the Autumn Court in Miami; Naamah's mentor

Quote: “The Leaden Mirror won’t allow this. I’ll see Thunder’s head on a pike before I’ll bow to the likes of him.”

Background: Though be was the original founder of the Court of Autumn in Miami, Tom was killed by Deathless Ivan during Grandfather Thunder‘s coup. His death greatly weakened the Leaden Mirror, and it was not until his protégé Naamah’s ascension that the Court regained any semblance of its former organization. 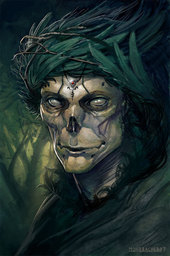