Cavalier U. of Miami security officer

Quote: “You didn’t lock ya door?! Dincha hear about that freshman girl in Georgia who didn’t lock her door one night last winna? Maybe dat would change ya mind aboutcha security!”

Description: Rico is tall, muscular, dark-skinned, and vital. Everything about him suggests strength and virility, from his dark-eyed gaze to his large, very white teeth, to his crisply-pressed uniform, which strains oh-so-slightly to contain his bulging muscles. He’s not a body-builder, though: his muscles are strictly functional, and he takes excellent care of himself and his horse-like constitution.

To fae eyes, Rico is the very image of equine grace and power. His chestnut limbs often glisten with hard-earned sweat, and his mane flows from fetlock to flank in an unbroken river of well-brushed hair. His figure is imposing, and his sheer size and weight often make people reluctant to get on his bad side; one suspects that those huge, heavy feet and massive, rocklike fists could do some serious damage if he chose to use them.

Storytelling Hints: While the Sacred Band of the Golden Standard is a somewhat unusual choice of Entitlement for a member of the Autumn Court, Rico finds it a valuable investment. of his time and energy. he believes in ending fights before they begin by making sure that your opponent knows you could smash their face to flinders without breaking a sweat or getting blood on your uniform. Like a military mount in parade regalia, Rico begins to intimidate opponents log before the fight begins: by carefully crafting a persona of graceful power which could flow seamlessly into savage destruction without a moment’s notice, Officer Stallone makes thugs think more than twice about messing around on his campus.

For harvesting Glamour, Officer Stallone’s preferred method is to scare wide-eyed freshmen with tales of the horrible things that happened to students (always at other universities) who didn’t lock their dorms at night. 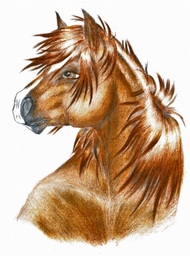