Background: Donna is the pride of the UofM Botany department; they’ve been grooming her for a Zahlbruckner Grant (one of the most prestigious research awards in botany) since she was a freshman. Her professors became worried about her when she dropped out briefly, after suffering an emotional breakdown during her freshman final exams, but she returned to school one semester later, seeming to be much more at home with herself and who she was as a person.

Description: Donna is a slender woman, with pale skin, serene features, and heavy-lidded eyes. Her voice, like her features, is soft and pale.

Storytelling Hints: Donna is passionate about her work, but she’s better with plants and equations than people. When she’s forced to interact socially, she usually rambles on about her thesis until she’s left alone. Donna doesn’t speak much unless necessary. Generally, she only says more than a few words to people who she’s known well and for a long time. 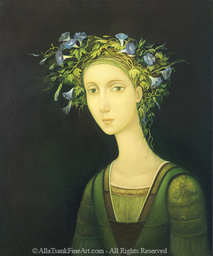