Master and Commander of the S.S. Gossamer

Quote: “A foul wind, for certain. But I’ve filled my sails with fouler, and lived to tell the tale.”

Background: For forty-three years, Captain Mollymawk has been master of the good ship Gossamer, and a staunch, reliable officer of the Neptune Society. He takes his duties seriously, and meets punctually with Admiral Finn to discuss his patrols on the Deep in minute detail.

Description: To mortal eyes, Captain Mollymawk is a grizzled old sea-captain. His craggy face is sun-darkened and weather-beaten, and his rheumy eyes are filled with a stoic acceptance of whatever wind may fill his sails. He is inclined to stoutness, especially around his middle, but it’s not for lack of exercise; he walks the deck alongside his crew, even in the worst storms, and occasionally hoists the rigging himself, when his rheumatism isn’t acting up.

In the eyes of his crew, the Captain is a well-traveled seabird, his off-white feathers beginning to fade to gray. His stoic, beak-like face belies a deep concern for both his ship and his crew, and woe betide anyone who mistreats either.

Storytelling Hints: The captain’s appearance may be slightly comical, but he’s a tough old sea-bird, and knows the sea better than most people know their own spouses.

The captain ensures that the ship complies with local and international laws and complies also with company policies. The captain is ultimately responsible, under the law, for aspects of operation such as the safe navigation of the ship, its cleanliness and seaworthiness, safe handling of all cargo, management of all personnel, inventory of ship’s cash and stores, and maintaining the ship’s certificates and documentation.
One of a shipmaster’s particularly important duties is to ensure compliance with the vessel’s security plan, as required by the International Maritime Organization’s ISPS Code. The plan, customized to meet the needs of each individual ship, spells out duties including conducting searches and inspections, maintaining restricted spaces, and responding to threats from terrorists, hijackers, pirates, and stowaways. The security plan also covers topics such as refugees and asylum seekers, smuggling, and saboteurs. 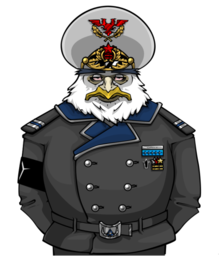